Sharing Joy One Cup at a Time

If sitting down with a nice warm cup of tea brings you joy, this story is such an inspiration. Meet a beautiful #JoyMaker sharing this gift with strangers and building connections.

In winter of 2006, while Guisepi was living in his truck in Hollywood, working as a video editor he accidentally stumbled upon the power of serving free tea. He recalls here:

“Serving free tea can create change? Yeah, right. I didn’t realize the impact I had while first doing this, but over time it became clear. For three months in Hollywood I would cook dinner and tea on my tailgate on Hollywood Boulevard after getting off work. Being a person who loves interaction with all sorts of people, I offered a little bit of food and a lot of tea to anyone who was hungry for sustenance or conversation.

This small offering made to people was enough to create friendships between all classes and colors, spark conversations on hundreds of topics, put a human face on those involved, and create a strong community out of a mish mash of people and cultures right there on the pavement. Whether there was a Japanese tourist or a tattooed gangster with a shopkeeper or a Nazi punk, everyone related; everyone was comfortable sitting at the same level drinking the same warm beverage, feeling just as comfortable as the next person. Everyone shared what they had, be it food, ideas or conversation.

Serving free tea became a norm for me while on the road in places like the Tenderloin in San Francisco, hot springs in Oregon, the street in Friday Harbor, WA, the beaches of Northern California, in the parking lots of national forests and parks, and at music events. With each tea I served, oftentimes with the help of friends, the more I realized how much impact it was having on people. People were excited not only with the acts of generosity, the community created, and the dialogue exchanged, but with the encouragement and inspiration to do similar things in their own lives, whether it be passing on the generosity, seeing through appearances and befriending strangers, or sparking conscious conversations with friends, new and old.” 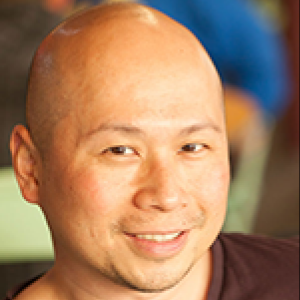